I watched the news like everyone else, with a combination of shock and horror – mixed with a sort of sick feeling deep down in my gut. 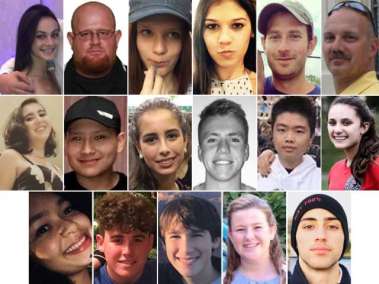 Seventeen people. Seventeen human beings trying to make their way in the world. A genuine hero in the form of coach Aaron Feis who put himself between the shooter and his students – sacrificing his life for them. And 16 students just trying to get through another ridiculous day of high school, shot down in the prime of their lives. It is a tragedy that has happened far too often in our society.  My heart breaks for the families of those children – and for their classmates.

I am truly saddened by this tragedy. But I am also a member of the NRA, I own an AR-15, and I feel strongly about my 2nd Amendment rights.

Yes, this may surprise some of you, but I can be an NRA member and still be shocked and saddened by the tragedy in Parkland, Florida – we are human after all. We have children too, and we want them to be safe at school just as much as you do. We are not the problem.

I understand the lashing out. I understand the knee-jerk reaction to say “Ban all guns!” or “Ban semi-automatic guns!” or “Ban large capacity magazines!”. It happens every time there is a tragedy of this sort. The trouble is, those shouting for the banning of “assault rifles” (for instance) seem to forget that we tried that. We banned “assault weapons” for ten years, and there was no drop in gun-related violence during that time. Banning the specific type of weapon used in Parkland, Fl. will have no effect on the next shooter. He will either still be able to obtain one, or he will use the next-most-lethal weapon he can find and do the same thing anyway. 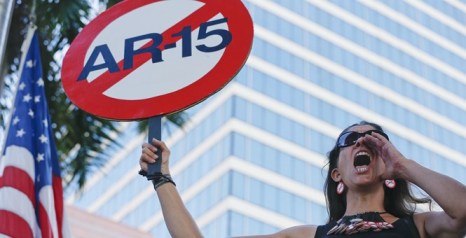 And so, within hours of the tragedy – as it always does – the gun debate erupted again.

I think sometimes the NRA is its own worst enemy. So adamant are they to cry foul anytime the very mention of ANY limitations on firearms is mentioned. So vehement are they to scream about infringement of their rights anytime a discussion about what might be done to reduce these kinds of tragedies is brought up. Jeezus.

But I am not here to regurgitate the problems. I am here to start talking about solutions. I am here to say out loud that as a True Believer in the 2nd Amendment – and a lover of all of my guns – something has to change. Clearly the status quo can no longer pass the straight-face test.

There have been some genuine, common-sense suggestions made lately. Of course saying this out loud causes all of my more conservative ‘rabid-gun-owner’ type friends to shit  their collective pants, but I am still ready to call them “common sense suggestions”.

There, I said it. And right out-loud too.

I am a supporter of the 2nd Amendment, and a proud gun owner who has come to accept that something has to change. If we as responsible gun owners are not willing to at least discuss common-sense solutions that might save lives, we lose the moral high-ground in this debate. We have to be willing to concede some restrictions – designed to keep dangerous weapons out of the hands of those who might do harm.

This country was built upon the freedoms guaranteed us by the Constitution. I believe in those Freedoms with every fiber of my being. But I have begun to hear the chant of “Enough is Enough”, and I can no longer say that there is nothing that can be done. How about instead of dividing this country, we all come together and talk about common sense changes that everyone can live with? Wouldn’t that be great?

It’s a crazy enough idea, it might just work.